Discover some curiosities and secrets of Zeke Jaeger in Shingeki no Kyojin.

Although at first very little was known about this character, today he is considered one of the most important and powerful. (spoilers below). Over time it has been revealed that the wielder of the beast titan It is nothing more and nothing less than Zeke Jaeger, Eren’s brother on the father’s side (Grisha Jaeger). Both have maintained a certain relationship to achieve their goals and end the devastating war that is currently lived.

Throughout the Shingeki no Kyojin anime, it is told in detail about zeke’s past and the reason for his mission and betrayal of Marley’s nation is determined. However, certain things may have escaped you, and perhaps some curiosities that you may not know about him. Because of this, we are going to leave you with a list of interesting things that will surely make you have a new topic when talking to other Attack on Titan fans.

The meaning of Zeke’s name in Attack on Titan 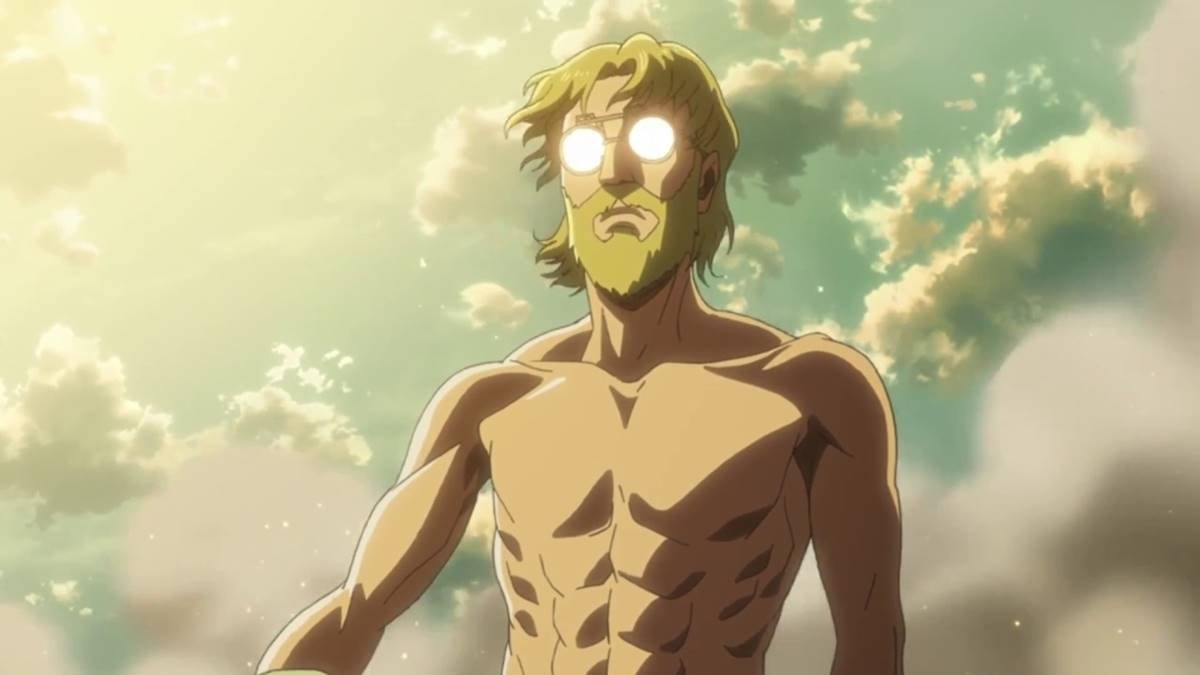 First appearance of the Beast Titan in Attack on Titan

“zeke” It is of Hebrew origin coming from _”Ezequiel”, which is a name that is inspired by the prophet of the Bible of the Hebrews exiled to Babylon who made the prophecy of the fall of Jerusalem and the recovery of Israel in times of war. This name has the meaning “God Will Strengthen” and hints that Zeke Jaeger was one of the hopes for humanity before Eren activated the rumble. In fact, could be said as a metaphor that Zeke is Jerusalem and Eren Israel.

On the other hand, Zeke has another meaning taken from his katakana, and that is that this name is pronounced similar to “Sieg” of German origin, this being a word with the meaning of “victory”which makes sense because Grisha trusted Zeke as the opportunity to lead Eldia to victory.

The first time Zeke Jaeger showed his face was before manga chapter 70 of Shingeki no Kyojin. The reason is because Hajime Isayama had revealed a sketch of the original design by zeke jaeger that he ended up donating to the royal museum in Ueno before the character appeared for the first time in the official history of the manga (in the image you can see what Zeke was like in his early days).

It is not a secret that the Beast Titan is quite powerful, because in chapter 70 it is determined that he is known as “the mightiest titan”and it is that the first time that he stands up to Eldia He manages to take down entire armies and devastates everything in his path using his abilities. However, it ends up being somewhat contradictory because in the inside guide stats for Attack on Titan it is defined as a Titan with 7 out of 10 strengthwhen the Armored Titan has 8 and the Colossal Titan has 11.

In conclusion, the Beast Titan would be powerful because of his intelligence and not because of his strengthsince he is the one with the most among the 9 titans, counting 11 out of 10. Therefore, he is one of the most intelligent characters in the entire anime along with Hange Zoë and Armin Arlert.

An interesting peculiarity of the Beast Titan is that it has the ability to generate and create Titans with their coordinate, but the strangest thing about this is that these Pure Titans are able to move at night just as they do during the day. Let us remember that those Titans who they do not receive sunlight they lose energy, making it difficult for them to use their abilities 100%, some even stop moving without sunlight.

According to Hange Zoë, the Pure Titans created by Zeke Jaeger probably have this ability because They have the light of the moon at nightwhich would be a reflection of sunlight, and this would give the Titans enough energy.

Zeke is a baseball fan

Zeke and Tom playing baseball in Attack on Titan

One of the Beast Titan’s most effective moves is throw rocks with impressive speed and accuracy. These moves are borrowed from baseball because he calls them for himself. “releases”while using a peacher technique when he does so, and also mentions that he wants a “perfect game” when it is in full war against the Survey Corps.

In the course of the anime, it is revealed that Zeke I played baseball since I was young with Tom Xavier, the former scientist and former bearer of the Beast Titan. This person would be the closest thing he would have to a father, and he was the one who taught him these moves that he has adapted to harness them in his Beast Titan formespecially because it has long limbs and good body balance.

Levi takes down the Beast Titan in Attack on Titan

Zeke Jaeger would be one of the characters with the most murders in Attack on Titan, even more than Mikasa and Levi. Here is the list of his victims:

Zeke is a born leader, and this is one of his most important characteristics, since he has a great attachment to order and rules, so much so that because of them he can end up lacking emotions in any type of situation. He wants to achieve the objective at any cost with the excuse that “The end justifies the means”when in fact it is not like that, and we have seen that in the absurd number of people he has murdered and cities that he has destroyed to complete his missions.

This character probably has an antisocial disorder because he is not affected by the suffering of his victims and neither does he manage to carry the weight of so many murdered lives. This is because he acts like what he is, a leader and a soldier, and tends to separate your feelings from your goals because it is what he has become accustomed to since childhood and it is the most effective way to fulfill his mission.

could easily be considered a sociopathbut this would end up being somewhat contradictory because on certain occasions he shows empathy for the Eldians and all the suffering they have gone through, this being one of the reasons why he wishes free the world from the power of the Titans. Despite that, his way of thinking leads him to be someone nihilistic, impulsive and cold when it comes to doing your job.

Due to pressure from her parents, Zeke was instilled with ideals from an early age, thus forcing him to know his plans and teach him what he had to do when he grew up. This was too much for a mere child, and instead of receiving the love he needed, he was only subjected to stress that later turned into hatred for his parents. For this he ratted them out for arrest, which made her grow up fast and suppressed his emotions. At the same time, this is something that led him to develop its most evident features todaylike the following thought:

“If we had never been born in the first place, we would never have had to suffer either.” – Zeke Jaeger

zeke wants prevent the Eldians from having children so that the power of the Titans is not inherited and ceases to be used to bring peace, since this would end all the suffering that is experienced today. This is definitely one extremist and cruel ideologyin fact, could be considered somewhat Machiavellian because he is willing to sacrifice everything for the greater good.

Without a doubt, Zeke Jaeger is one of the most interesting and complicated characters of Attack on the Titans, and that has made it increasingly important in the story that involves his half-brother, Eren Jaeger, who also has great psychological problems for his difficult life.