In the world of manga and anime adaptations, the appearance of CyberConnect 2 was a turning point, and now any fan of a Japanese work, especially a shonen, wants the team based in Fukuoka to turn it into a video game. After fully adapting the adventures of Naruto and offering their own playable version of the mythical ‘Dragon Ball Z’, it was time to get down to work with a totally new license for them. ‘Kimetsu no Yaiba’ (also known as ‘Demon Slayer’ or ‘Guardians of the Night’) is one of the most popular works currently in Japan and the rest of the world. The manga became the eighth best-selling manga earlier this year, while the film that continues the events of the anime’s first season is right now the highest-grossing in Japanese history. CC2’s interest in adapting Tanjiro Kamado’s life as a demon hunter is well understood.

‘Demon Slayer: Kimetsu no Yaiba – The Hinokami Chronicles’ covers both the first season of the anime and the events of the movie about the Infinity Train. Therefore, we will get to know Tanjiro very closely, a young man who becomes a demon hunter to avenge his family after being killed by a demon. The only survivor of the massacre was his sister, but she was turned into a demon and now he must find a possible cure and also protect her from other humans who want to kill her for her condition. 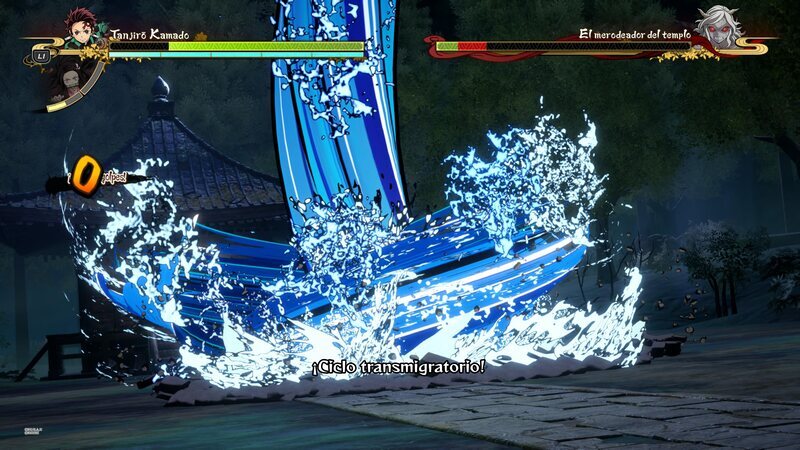 CC2 follows in the footsteps of its previous games and tells the story through fights, exploration phases and abundant cinematics to convey the sensations of anime in the most faithful way possible … and boy does he get it, especially with that exciting ending that closes the Infinity Train arc and leaves us wanting more. Those who want to know how the story continues can buy the manga, which is already finished.

The content you have at your disposal to adapt has possibly been the cause of your biggest problems. By having a limited number of fights, they need to lengthen the duration of the game on the other hand, and this part is the exploration sections. At these moments, the rhythm slows down and everything becomes very boring. We have a small map through which we move to collect points (to later unlock extras), fragments of memories (ideal for those who want to delve deeper into anime) and little else. There really is little exploration, because everything is marked on the map. The only time these parts are somewhat fun is when we control Zenitsu around a mansion and he freaks out with every step he takes.

Combat is basically a combination of basic attacks and special abilities, which change depending on the direction we give it. At first it doesn’t feel like that, but after a few hours you realize that the game system falls a bit short. Although the characters have different strokes, in the end we do nothing more than repeat the same buttons with the same results. Still, all of the special attacks are spectacular to watch. 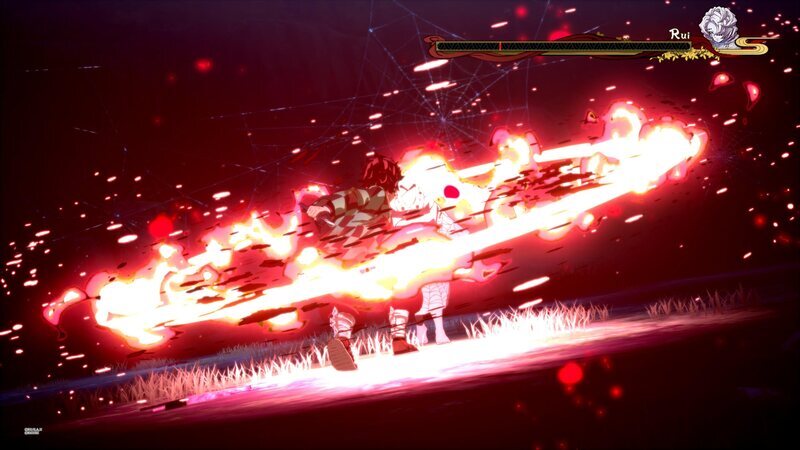 As is customary, the real challenge in CC2 games is getting the highest score in the battles of history. In previous titles, the ranking was too dependent on remaining health. In ‘Kimetsu no Yaiba’ it is still an important factor, but it is not the only one. The time to finish the combat or the number of skills or throws or changes made is also taken into account. Each chapter has a special fight to slightly lengthen the duration. Also, there are a couple of pretty fun minigames in the second half of the story.

The roster of characters seems somewhat limited as well. Although there are many of the members of the demon hunter group, many others are missing that appear in the original work. As a detail for the most fans of Koyoharu Gotouge’s work, we can play with the skins of the spin-off ‘Kimetsu Gakuen’, an alternate world in which the protagonists, instead of dedicating themselves to killing demons, simply go to high school as normal teenagers. 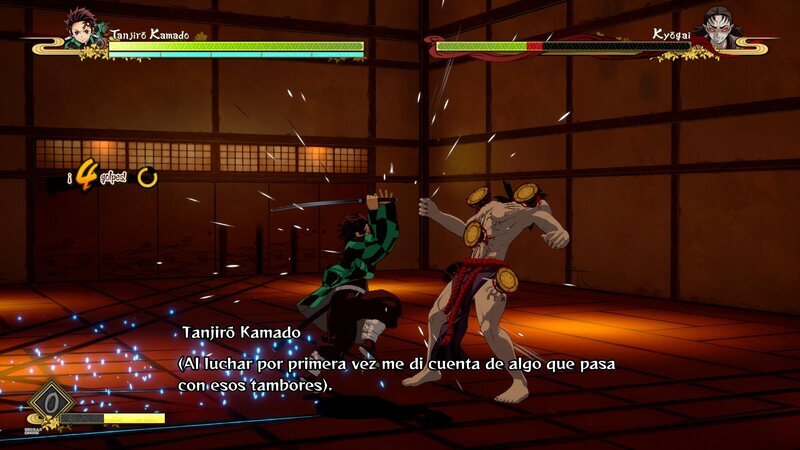 ‘Kimetsu no Yaiba’ is scheduled to expand with three new downloadable content. For now, the only thing we know is that the first of them will have playable demons (Rui and Akaza, specifically). After having fought them in the story, they can make a small playable change, since they are the only characters we face that have long-range attacks, something very common in the saga of ‘Naruto Ultimate Ninja Storm’ with shurikens and many other objects.

Apart from the story mode, we have the classic versus to fight either against the CPU or against someone online. The training mode (not to be confused with practice, this is free) has a somewhat strange approach. Each character has ten challenges, which consist of two conditions that must be met in the same fight (for example, make a block, a final attack, a twenty-hit combo …). The point is that here we do not control the character in question, but we fight against him. I still do not understand the meaning of this game mode, beyond being very repetitive. 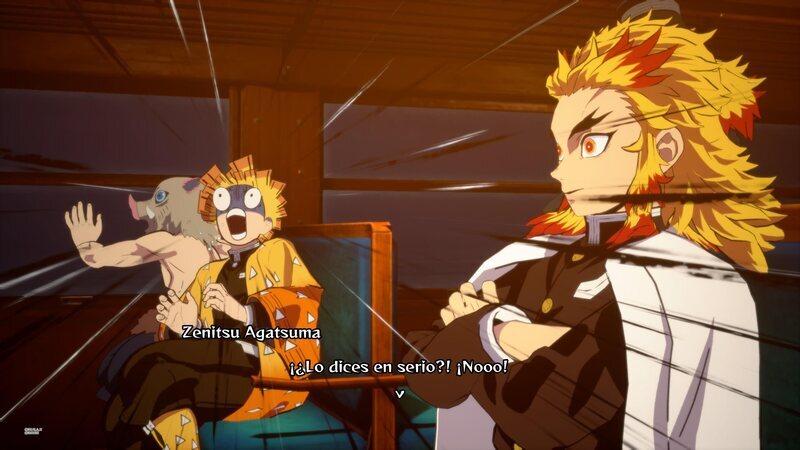 ‘Kimetsu no Yaiba’ is a game more effective than deep. That is not why it ceases to be a very enjoyable game, because CyberConnect 2 knows perfectly how to transfer the essence of an anime to the video game. What’s more, video footage looks even better than on television. In general, all the components of the game feel somewhat limited, as if it has great potential yet to be exploited. It’s like when the developer started out making Naruto games in a modest way and ended up making ‘Naruto Ultimate Ninja Storm 4’, one of the best adaptations of the manganime.