The Big Three have come together once again to face Shigaraki

In the last chapter of My Hero Academia, we were able to witness one of the most relevant moments in the final arc of the franchise. Before further, It should be remembered that this article will have a couple of important spoilers., if you don’t want to miss the latest in this work, we recommend reading it on MangaPlus by Shueisha. For the rest, it was a great milestone to see the group known as The Big Three back.

My Hero Academia chapter 360 picks up shortly after Bakugo took a huge hit with Shigaraki’s decomposition powers, but The Big Three have jumped to save him. Their teamwork ends up allowing Bakugo to slip through Shigaraki’s fingers, and Mirio ends up doing the best he can against the villain so far thanks to his interesting quirk (which seems to be back, or at least hasn’t been shown otherwise). ). 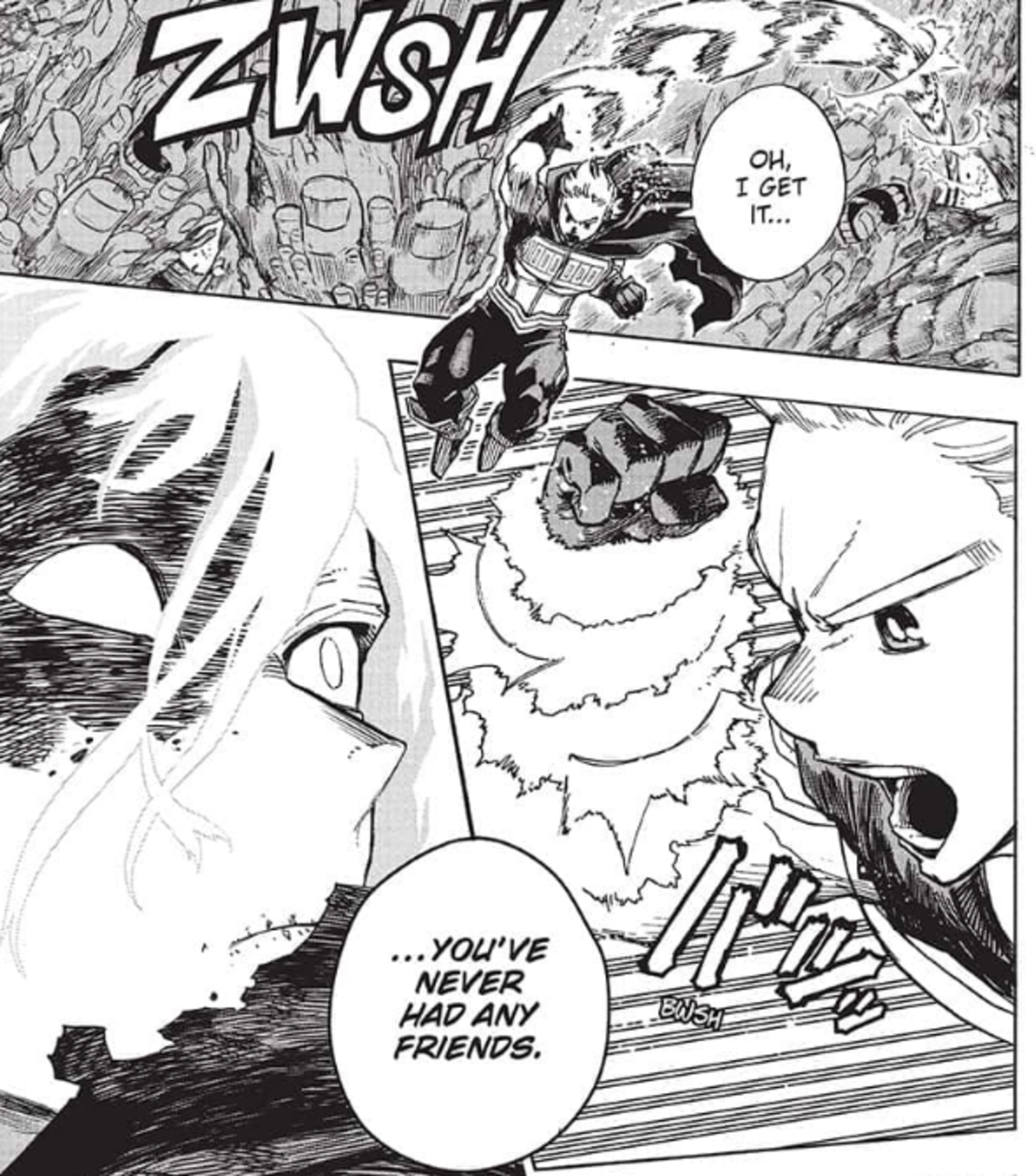 In My Hero Academia chapter 360, we have finally seen Mirio reappear on the scene alongside The Big Three to face Tomura Shigaraki until Izuku Midoriya arrives.

He reveals that his role in this final war was to serve as a messenger and bodyguard. that he could move quickly around the battlefield, and now that he’s fighting Shigaraki, he’s doing his best to understand the villain’s motives. We still don’t know the conditions in which this imposing trio of heroes reappears, but surely Bakugo is very happy that it happened. Mirio then catches Shigaraki off guard by noting that he just doesn’t have any friends, and his power makes him perfect for dodging all of Shigaraki’s physical attacks.

Now it just remains to be seen what Mirio’s role will be in this fight as it continues, and if he really does play a part in taking down the villain once and for all. Because from now on, he just wants to stall for as long as he can until Izuku gets there and this may be one of the final confrontationsas some covers of Weekly Shonen Jump have already anticipated.

My Hero Academia surprises its fans with an interesting revelation

My Hero Academia is heating up with the final war between the heroes and the villains, and the newest chapter in the series has begun a dream match between Mirio Togata and Tomura Shigaraki. When Mirio first appeared, he was destined to be one of the most important characters in the franchise as a whole. This seemed to be the case until he lost his quirk and was relegated to the background until the final act of the series. Now that the fight against Shigaraki has reached a whole new level, Mirio has once again been in the spotlight.. With the series previously reaching new stopping points in the fights with Dabi and All For One, the focus has returned to the fight against Shigaraki. Bakugo and the others have been struggling to deal some sort of real damage to the villain, and the heroes are running out of options to buy time for Izuku Midoriya to reach the battlefield, The Big Three would enter the fray with their first real tag team on the series.and now it’s all coming to fruition.