Kana editions unveiled on Thursday February 17 the complete model of the new edition naruto hokage as well as the frieze on the spine of the books.

This edition whose output of volumes 1 and 2 is scheduled for April 15 has long been the source of anticipation for fans of series. Indeed, it is a large format series which brings together the 72 volumes of simple edition in 36 larger and more promising volumes with bonus content in each issue.

However, this announcement was very badly received by the community online, in particular because of the frieze design deemed unreadable and disappointing. Some fans expressed their displeasure that the publisher chose to exclude an image of Naruto in Hokage attire, or their misunderstanding of the direction of the race deemed illogical.

Some readers were still more positiveand expressed their satisfaction.

Nevertheless, faced with such a mixed return, the French publisher chose to be transparent and open explaining the biases of this design in detail and leaving a door open for discussion. In one communicated addressed to the community, the main contentious issues were discussed:

Kana Publishing reported to readers that “volumes 1 & 2 are already in print‘ and brought up elements of design and editing that aren’t noticeable through an online visual, such as a “special treatment on the jackets, a special pantone […] also provided on the red-orange parts as well as a selective varnish on the logo […] and heavyweight luxury paper.”

They also recalled that the Naruto Hokage edition offers several benefits such as “numerous new content whose color pages as pre-published in Shonen Jump, […] the naruto pilot chapternever published before, interviews, files and many others.”

Faced with the disappointment of fans of the series as to changing the Naruto logothe Kana editions declared: “lhe Naruto logo is iconic and it is not our intention to replace it […] but to offer something different only for this creation.“

Kana editions explained that they unfortunately did not couldn’t come up with new cover artwork on this edition. “It’s obviously a frustration that we share with you because there are so many illustrations by Masashi Kishimoto. But it’s the author himself who expressed the desire that it remains unchanged and keep these illustrations.“

4) The readability of the frieze:

This point was one of the most raised among the criticisms of the community. Once again, Kana editions justified their choice by explaining: “The preview you had is relatively biased by the size of the visuals and the 3D rendering of the volumes. Many of you surf on mobile and the visual does not is that smaller on screen […] The “N” of Naruto, for example, will fit over 3 books (between 8 and 9 cm wide) and it will therefore be read without hindrance..”

5) The visual of the frieze:

Finally, the Kana editions approached the subject of the visual of the frieze and explained thatthey didn’t have carte blanche for this one. Indeed, “thehe visual of the different Naruto running is an existing illustrationand which was drawn like this.” The publisher therefore declared to “accept the rules of the game, in the respect for the original work of the author.”

A call to vote…

At the end of the press release, Kana editions explained that the feedback from fans of the series does not leave them indifferent, and expressed their desire to open a door to dialogue: “Perhaps when reading all these points , you will see it more clearly, maybe not. we would like to invite you to listen to YOU ​​and discuss it together.”

Thus, the Kana editions offer us, a community of fans, readers, enthusiasts, designate 10 ambassadors/spokespersons on social media for meet the Kana team and discuss.

Indeed, despite several elements that it is impossible to change, others remain topics for debate and proposalsand Kana editions decided to involve these spokespersons following their work.

So we have until March 9 to complete the form Google Docs provided and designate 10 ambassadors.

Designate your spokespersons by following this link !

And you, what do you think of this news? hokage edition ? Conquered, disappointed, or indifferent? Let’s talk about it in the comments! 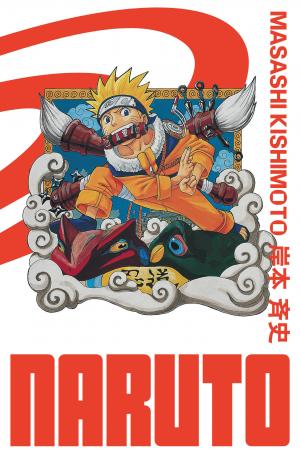