One Piece has entered its final phase, that is not a surprise to anyone, but there are still several of the mysteries to be solved before the final frame of the manga is published. Now, Eiichiro Oda has cleared up doubts about the origin of Monkey D. Luffy’s Gear Fifth., this has been one of the most important milestones of this part of the manga. So, there will be a couple of spoilers and if you want to surprise yourself, you can read it via MangaPlus by Shueisha.

in a special interview To celebrate the 25th anniversary of One Piece, series creator Eiichiro Oda spoke about how he has worked on the series over the years. When asked to highlight a turning point that he remembered from the series, Oda surprisingly revealed that Luffy’s Gear Fifth transformation was a big problem for him. When talking about his inspiration for the transformation, Oda explained that he just wanted to be “playful” when it comes to Luffy’s battles and that relates to the more cartoony elements of him when he’s in form. 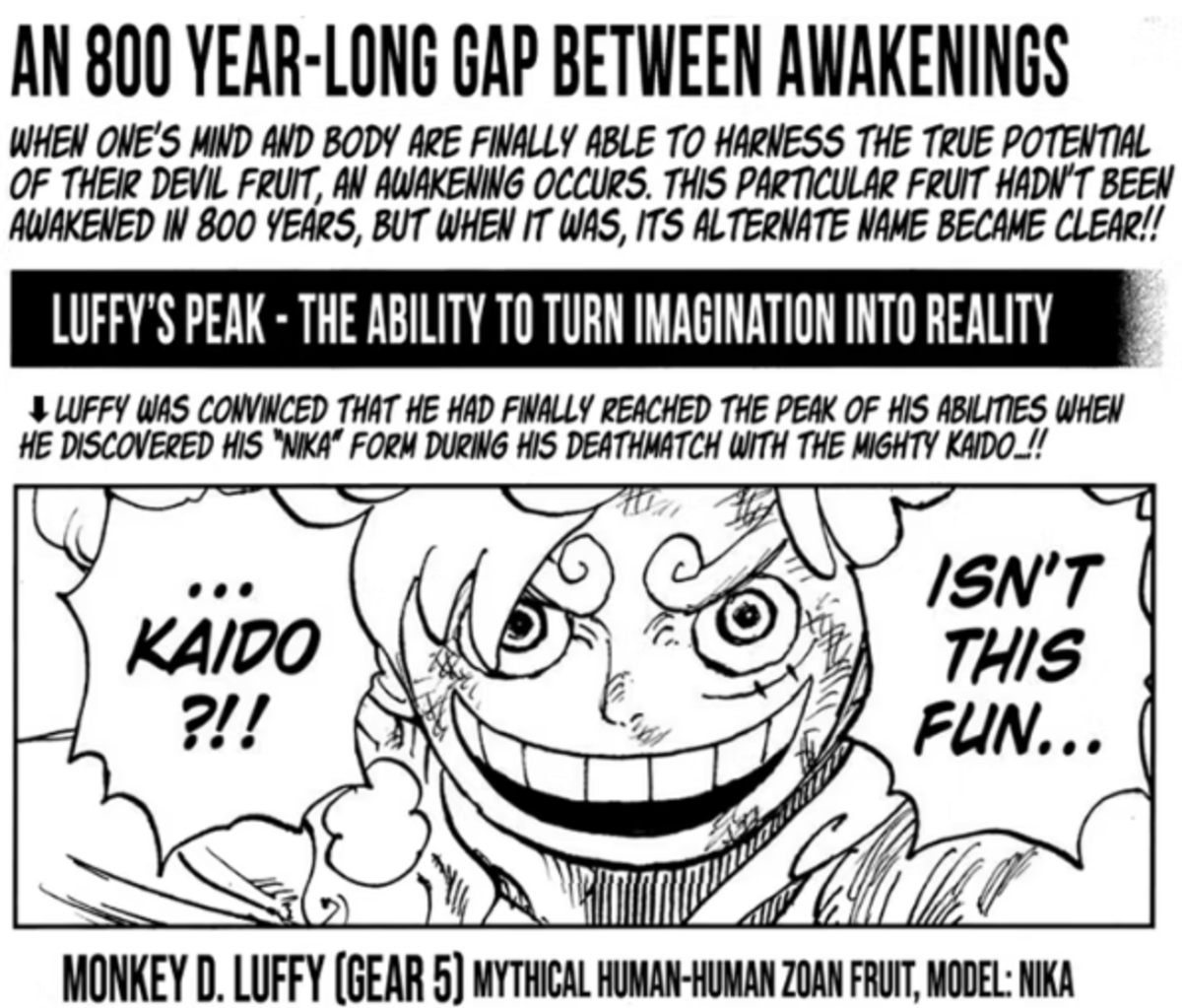 Luffy awakened both the mythical zoan and his own fruit, allowing him to reach a level of power never seen before.

The author mentions the following: “I drew this playing around a lot thinking it’s okay if people are against it,” Oda began while talking about the response to Luffy’s Gear Fifth form so far. “I just want to play with the battles. Since I was an assistant, the expressions that are the symbol of manga have been continuously lost. For example, putting a light bulb mark when a character thinks about something, or making the character’s legs go in circles like a car when they’re running.” Like fans pointing out how the cartoon references the new “ridiculous” powers. “From Luffy, it seems that Oda had been wanting to unleash this side for a while.

The fight with Kaido on the roof of the Skull Dome had pushed Luffy further than he had ever gone before., and at the climax of the fight, the series reached a major turning point. It was revealed that he had a hidden power within his devil fruit that allowed him access to a whole new outfit, and fans are excited to see how much Luffy’s powers will continue to change as the series continues.

The grand finale of One Piece is getting closer

Not only do fans need to see Luffy progress as one of the new Four Emperors, but there are so many things happening outside of Wano that need to be explored with this final saga. Oda himself noted how he hopes to finish the series in three years., but there’s still so much left to explore that it’s a wonder whether or not it will live up to that prediction. But what do you think of the new Four Emperors lineup?

One Piece’s final arc is surprising its fans, even with the announcement of Buggy as a new yonko.

One Piece has officially returned for the final saga of the long-running manga franchise, and the series showcases the new Four Emperors lineup with a special new cover for the latest chapter. Eiichiro Oda took a break for the last month to prepare for the final saga of the series. (along with celebrating the milestone 25th anniversary of the franchise as a whole), and one of the major cliffhangers fans had been cooking for. during the summer was the fact that a new group of emperors had been appointed after the fight with Kaido and Big Mom.