Belle by Mamoru Hosoda will be screened at the Sitges Festival

On July 16 it was released in Japanese theaters Belle, the new film from director Mamoru Hosoda. In Spain we will still have to wait to see it in cinemas by the hand of A Contracorriente Films, but if it is already known that it will be present next fall at the 54th edition of the Sitges International Fantastic Film Festival, to be held from October 7 to 17. Furthermore, this tale similar to that of the Beauty and the Beast but that takes place in two worlds will participate in the festival within the Official Section. 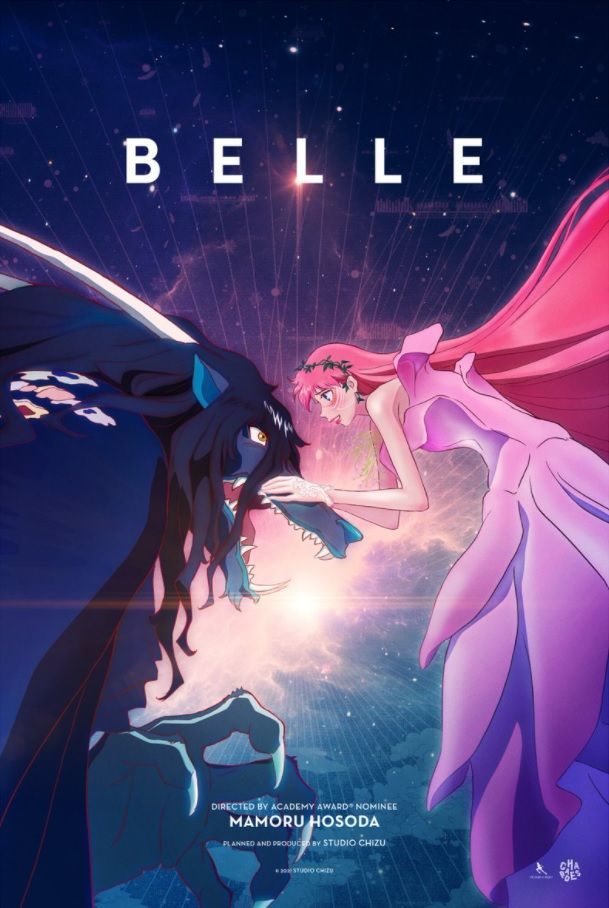 Belle managed to sell on its first weekend in Japanese cinemas over 600,000 tickets, totaling 891,663,200 yen (around 6.8 million euros), which placed it in the number one of the japanese box office, displacing the live-action of Tokyo Revengers to the second position. These figures also convert Belle in the best premiere for a Hosoda film, honor that he held to date The boy and the beast.

Hosoda is once again directing and scripting one of his films, this time with an unparalleled technical team. Taisei Iwasaki is part of the project as musical director and composer of the film, while the architect and designer Eric Wong contributes his knowledge as creator of the conceptual art of “U”, the virtual world that backs the plot of the film. Jim Kin (Frozen, Tangled, Vaiana) puts its grain of sand designed to the character of Belle, and the artist Akiya Kageichi is in charge of drawing the original design of Dragon. The direction of the animations in “U” is in charge of Takaaki Yamashita, with Hiroyuki Aoyama (Mirai, my little sister) taking care of the sections focused on the real world and the design of the characters in these fragments. For its part, Nobutaka Ike is the art director in charge of the funds, Anri Jojo is responsible for stage art and Ryo Horibe Y Yohei Shimozawa They are the directors in command of 3D CGI animation.

The film follows Suzu, a 17-year-old high school student who lives in a rural town with her father. For years, she has only been a shadow of herself. One day, Suzu enters U, a virtual world of five billion members online, and becomes Belle, a world famous singer. Belle soon meets a mysterious creature with whom she embarks on a journey of adventure and love in her quest to become who they really are.